Writers are always known to be creative. They create fantastic stories that capture our imaginations. But creativity means also simplifying their art, and finding tools that let them focus more on telling a story or sharing an idea, rather than writing a script.

Here are some of the free screenwriting software that will turn your brilliant ideas into the work of a pro. 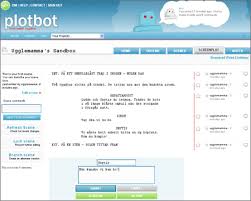 Plotbot is perhaps the simplest. It’s more of a formatting template but screenplays can be created and edited by a single person or groups of writers.

And here’s the best part: There are thousands of public screenplays where anyone can join in and collaborate with other writers. Users are also given a  private sandbox, where one can learn how Plotbot works and try it out before creating a project. 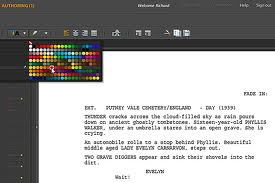 Adobe Story is more than just a simple free screenwriting software. Creating a  new  document means having to choose from different types like  Film script, TV script, AV script, research and many more. There are also various customizable templates to choose from for each  document type.

The strong point of Adobe Story is it integrates scheduling and scriptwriting. You only need this software to make schedules based on the scene and script written. Adobe Story also allows export of files from other scriptwriting software like Final Draft and Movie Magic.

Lastly, the software has the ability to create reports from scripts and schedules that minimizes errors and manual effort in breaking down scenes for the use of the crew and cast. 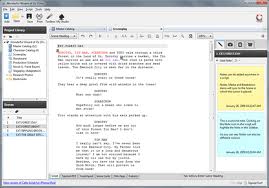 Its vast arsenal of templates include comic book scripts, novels and plays among others which makes it one of the most complete pre-production software in the market. No wonder it claims in its website to have millions of users in hundred of countries.

The basic editing tools are there and the software itself is user-friendly and easy to navigate. What sets it apart are its tons of How-to videos and an online open community forum which provide for an excellent support. It also has a “Seeds” program that  invests grants to chosen users who submit a storytelling video. 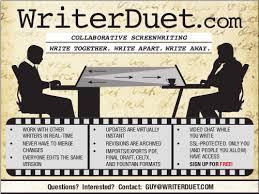 WriterDuet is a new online collaborative software that enables multiple users to work on a single screenplay online and real time. It also allows group chat, text chat and even video chat with a collaborator.

Apart from standard formatting tools and the import/export functionalities, Writerduet also enables users to open music plugins to listen to while they write, improving inspiration and relaxation while you jot down your thoughts. 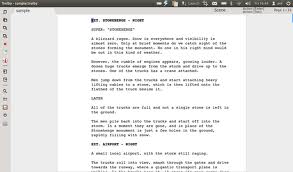 Trelby is an open source software that runs on both Linux and Windows.  It’s design is “no frills”, yet it is fast and has full features.  Its screenplay editing features include spelling check and auto completion. It has the capacity to compare scripts and view different versions of it. It can import Screenplay formatted text, Final Draft, Celtx,  Fountain, Adobe Story and Fade In Pro.

It also supports Multiple View, including WYSIWYG, draft and full screen. It boasts over 20,000 Character Name Database from  various countries. And since it is open source, users who have knowledge in coding can modify it to suit their specific writing style. 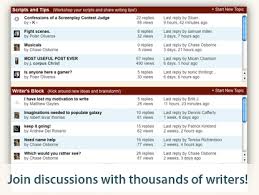 Aside from having templates for many popular formats, Scripped also has an Offline feature that allows you to work on your project even without internet connection.

It also features the Scripped Vault, where you can register a work in progress or a finished work. Scripped is cloud-based, which allows real time collaboration between writers in a virtual group. Users also get access to join contests, making it a good platform for up and coming talents with great ideas. 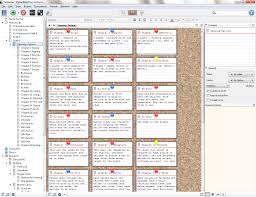 Scrivener has a feature called scrivening, where you can easily edit your  documents from scene to scene or one chapter as a whole.  It has a virtual corkboard where you can post index cards of every document.  The synopsis can be placed on this cards,  and  this is a very good organizational aid where you can gather your  pieces before writing them  down. It has also a feature that tracks word, character and page count. Snapshots also enables users to compare previous and edited versions of scripts. 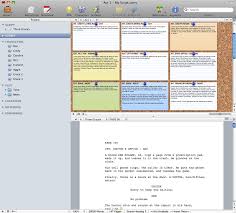 Storyist is not only a screenwriting tool, it also presents itself as the choice for fiction writers. This is because Storyist has a keen eye for detail, where you can have detailed sheets on characters, plot and setting. Its Story Development Tool enables users to use index cards and  photos on a corkboard, which are aids in the development of the characters and the story.

These sheets have wiki-like linking attributes. They can be linked to other sheets or to texts. It has a project view that organizes all information so you can search  and access any information easily with just a few clicks. 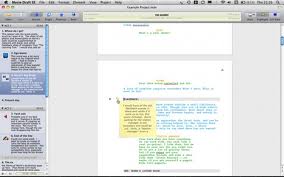 What sets Movie Draft apart from other software is the ability to work on your script one scene at a time. Yes, you do not have to start from top to bottom. All you have to do is write scenes randomly and drag them later according to your preference.

You can also color code the script for easy reading. Movie Draft also has index card views, outlining features and the same Tab and Enter Shortcuts of Final Draft and Movie Magic. The Scene Time feature lets you know the running time for each scene and the entire script. 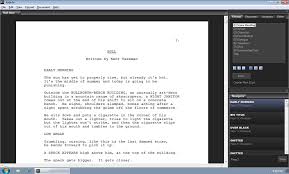 Compatibility is the selling point of this software. Fade In files can be opened and edited using any text editor, since scripts are saved in Plain Text Format. By creating these fountain files, Fade In also provides for easy and hassle-free import/export to any other scriptwriting software. It is also available for both desktop and mobile and also runs on Linux, Windows and Mac. Its mobile version runs on both IOS and Android.

Now that we’ve got the tools, it’s time to know which shoe fits. Since these are all free screenwriting software, the basics are all there. It’s a matter of personal preference and what kind of writing you want to get into. It’s free, so you can just give it a try. Who knows, it might make you the next big thing.